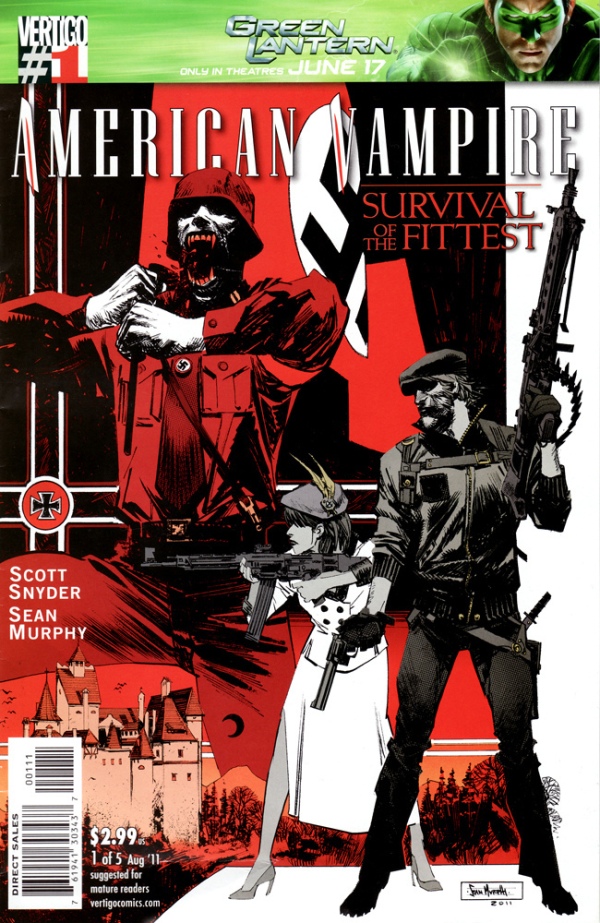 END_OF_DOCUMENT_TOKEN_TO_BE_REPLACED

I read 17 comics in March, and these were the best.

END_OF_DOCUMENT_TOKEN_TO_BE_REPLACED 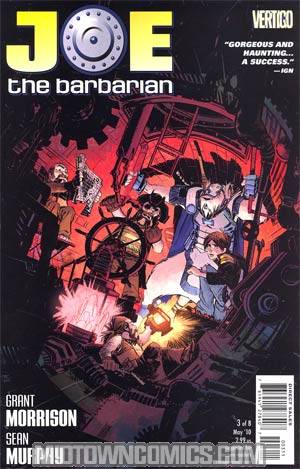 Morrison and Murphy continue to follow Joe’s slow descent into death in another exciting, creative, and at least mildly chilling issue of Joe the Barbarian.  Murphy and colorist Dave Stewart have fleshed out Joe’s fantasy world, creating a vivid, almost surreal fantasy land-scape that is, quite honestly, breathtaking.  The really powerful moments continue to come in the increasingly brief moments we spend with Joe as he wanders down from the attic, in what is absolutely the most epic quest ever undertaken to reach a refrigerator.  Morrison peppers the issue with some absurdly dark humor, but solid action beats and excellent world-building help keep the book from devolving into depression.  Joe the Barbarian #3 continues to provide some top-notch fantasy colored by a tragic, unforgettable undercurrent.

With March half over, I think now’s a good time for this list, yes? I read 17 comics in February, and these were the best.

END_OF_DOCUMENT_TOKEN_TO_BE_REPLACED

If Joe the Barbarian‘s first issue started a bit slow, its second makes up for it and then some.  As Joe ventures even deeper into the bizarre fantasy-land in his head, he teams up with Jack, his pet rat/master swordsman to defy an evil empire hellbent on destruction.  The issue has a couple killer action segments, gorgeous scenery and bizarre, epic world-building like only Grant Morrison can do.  There is an undeniably tragic undercurrent, though – after all, the book appears to be about a young man mythologizing his own rapid, needless death.  I do not know whether Joe will survive or not, but panels like the one where he falls from the attic are almost viscerally painful, and it’s these brief, infrequent reminders from Morrison that give the book it’s quickly-breaking heart.

Murphy continues to turn in extraordinarily impressive work, as does colorist Dave Stewart – an under-appreciated talent, especially notable in gorgeous panels like the first firing of the ray gun – and the pair together make the issue extremely memorable.  The two of them have crafted an extraordinarily lived-in fantasy world.  With Morrison’s script and Murphy and Stewart on art, Joe the Barbarian has already grown into a first-rate adventure, one that perfectly captures the bizarre melancholy and boundless creativity of childhood.

I read 17 comics in January, and these were the best.

END_OF_DOCUMENT_TOKEN_TO_BE_REPLACED

Grant Morrison’s newest Vertigo title, Joe the Barbarian, opens with one of the most relaxed first issues I’ve seen from notoriously energetic creator.  Joe Manson is a diabetic kid, an outcast in his class, being raised by a single mother and on the verge of losing their house after his father died in a war.  After an incident with some bullies deprives him of his candy, Joe returns home, low on blood sugar, and that’s when things get weird.  The first three quarters of the issue, in fact, play almost like a low-key domestic drama, but the narrative and visual detail they give fits together so well it’s easy to get sucked in.

Sean Murphy, whose work I’ve never read, proved to be the issue’s star.  With Morrison playing it so low-key for the opening issue, it was up to Murphy to construct a compelling, if mundane, world around Joe.  And from the Joe’s jacket to his lovely bedroom in the attic, from Joe’s sullen expression in the book’s opening pages to his confused, frightened one as it closes, Murphy nails it all.  I’m definitely excited to see Murphy handle the more action-oriented future issues, but he’s proven himself here to be capable of compelling, coherent design work.

Joe the Barbarian #1 is all set-up.  It’s extremely good set-up, of course – Morrison makes a solid, frightening transition from reality to fantasy, wonderfully illustrated by Murphy – but the fact is, very little actually happens.  Still, as ever, Vertigo is a line with a well-deserved reputation for quality, Morrison is a creator with a well-deserved reputation for creativity, and the opening issue only costs a dollar.  The book’s low-key beginning may mean some will appreciate it more once it is collected and some won’t appreciate it at all, but it is absolutely worth a shot.