I don’t know many people that read this book. Why? Because OMD was terrible. Not only was it terrible, but it also offended many readers. Let’s have Spider-Man, a beloved child icon, make a deal with the devil! Sorry, I had to say it. So a lot of readers like me haven’t even given this title a shot. Recently, Billy put this book on his top ten stating “if you’re not reading BND because of OMD, you’re only hurting yourself, brother” (Who does he think he is, Hulk Hogan?). Thanks to Billy, I finally gave this book a shot. Well, Billy and the fact that Marvel really really really wants you to buy this issue.

Think about it: Dan Slott is writing (I’ve heard he’s the best BND writer), John Romita Jr. returns to Spidey (I’m in the “I love his art” crowd. Oh and does this mean Millar is the reason why Kick-Ass is late?), Mark Waid (insert unfunny quip here) writing a 10 page back-up, Adi Granov (This is obvious I suppose, but I guess this means Favrau is why Viva Las Vegas is late?) drawing that back-up, and look at that Alex Ross (Um, I like Alex Ross?) cover!

First off, I have a few questions. Why are these BND villains so crappy? They all look like a bunch of z-level villains. Also, I thought no one knew Spidey’s identity, but it seems from this issue’s conclusion that someone does. As I said earlier, I haven’t read any of these BND issues, so I expected to be a little confused. I wasn’t though. This is fantastic given this title’s intended audience, new readers and kids. I’m glad this issue accomplishes its objectives. It’s nice to see a good book that kids can enjoy as well.

I don’t know too much about Dan Slott, but his writing is excellent here. He writes Spider-Man incredibly well. His Spider-Man is actually funny and made me laugh out loud a few times. This is hard to accomplish in comics, but Spider-Man should be able to make you laugh. This is the first issue of the arc so this issue is mostly set-up, but it seems like Slott is building a story that shows a lot of potential.

Of course, Slott has a little help from his friends. I love Romita’s work and I’m pleased to say that his work is quite impressive here. Of course it’s no secret he draws Spidey well, but his interpretation of the new Thunderbolts are truly impressive. Also, those aforementioned crappy BND villains look better than they should.

The disappointment in this issue lies in the 10 page back-up. This issue is a dollar more than usual because of this tale and it’s unneeded. Mark Waid brings us a story that contains impressive gimmicks and at a first glance it appears to be quite cool. But sadly, this just covers up what I’ve heard called “writer masturbation”. This back-up could have been summed up in a sentence. And really, all the important information is pretty much included in the main story. I would have preferred Waid had written something original, rather than try to unnecessarily add to the main attraction. However, I always enjoy seeing Granov’s art.

Overall, I’m glad I picked this up. It’s well written and it looks great. It’s produced by some fine creators and I get to find out in one week what happens next. It’s okay people, reading BND will not burn your face off.

Finally, significant plot development!!! A new character!!! Although, he does look a little too much like Shepherd. That was confusing at first. Anyway, the new guy, Mr. Slaughter, shows up to reveal interesting things and answers questions from about 90 issues ago!!! Seriously, we haven’t seen the attaché cases referenced in a good long while. Even still, as the series winds down, I doubt The Azz’ll answer every question, I’m sure he’ll let some of this shit linger. Bastard.

Dan Slott can do no wrong in this one. Of all the writers on BND, I’m glad Slott’s the one who gets to rotate in so often. The man just gets Peter. He gets the new direction and his new villains are right on the money. They are exactly the kind of fun and interesting that fits well in the Spidery Universe. Screwball, the first live-streaming super-villain, makes this issue. Especially her reaction to getting spider-tracer’d. Marcos Martin was born to draw Spidey. See, that’s one of the downsides to rotating the art team. They’ve all been fabulous, but I wouldn’t mind seeing Martin on a more regular basis, even if I’d have to wait a month for the next issue. 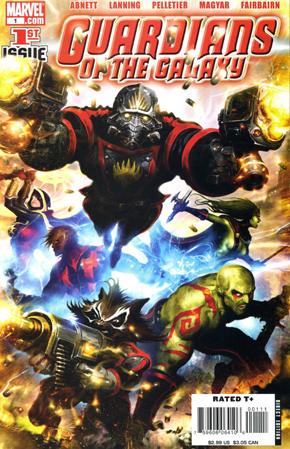 It was… fun. I know everyone’s been raving about it, and I don’t really want to bash it, but in my opinion, it wasn’t as good as all that. The team intros definitely work better here than in The Order, and I like the banter, but I just don’t buy the team’s chemistry. Star-Lord, Raccoon, Mantis and Quasar, I get. Giffen did such a fantastic job setting up Star-Lord’s team in that four issue mini, that you wouldn’t expect these characters to act any other way. And Quasar is such an unexplored and lost character, I get why she’s in this book. Drax, Adam Warlock and Gamora… in a team book? Now? Not feeling it. Yes, I know they used to be in the Watch together, but let’s face facts, the characters we have now are nothing like the characters from that much beloved B-Team from the 90’s. Gamora even says so herself in this issue. Just based on how these characters were written in the Annihilation books, I don’t buy that they’d join this team. Sure, D&A skirt the issue with some throw away dialogue about Gamora “searching for meaning”, but these ideas just don’t hold water with me. Anyway, I know lots of people love it, so I’ll stop complaining. I’ll keep reading, since I appreciate the D&A style and what they’re trying to do for Cosmic characters in the Marvel Universe, but I can’t fool myself into thinking this is a 5-Star book. 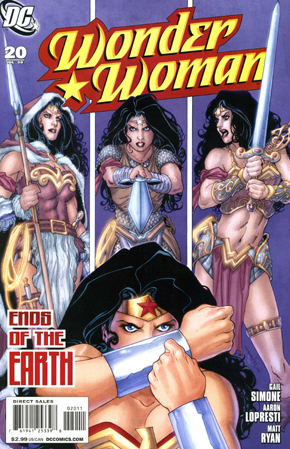 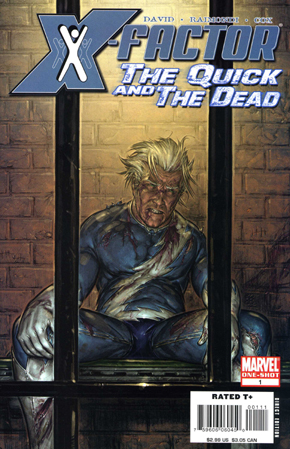 Hey, it’s a 4-Star X-Factor book! I had so much fun reading this. Lately, everything with the angsty/self-loathing Quicksilver has been wonderfully entertaining. I love how crazy and delusional he is. I mean, isn’t this the natural progression for anyone that is as self-important as Quicksilver used to be? The man imagined himself the savior of Mutantkind, for God sakes! If David could tear himself away from the atrocious She-Hulk, I’d love to see a Quicksilver ongoing. The character is finally interesting enough (thanks to Hine) to support it. Oh, what happened in this one-shot? He got his powers back, of course!

Quick Hits:
• Amazing Spider-Man #558 (*): I could’ve happily lived the remainder of my life without the conclusion to “The Freak” story. Bob Gale FAILS at BND.
• The Boys #18 (****): This book continues to impress month after month. Hughie is now one of my favorite comic book characters.
• Cable #3 (***): I’m still on board with this, it’s kind of slow, but I like that the dialogue and narration is sparse. I read so many books every month, it’s nice to relax back with an “empty” read once in a while.
• Foolkiller #5 (***1/2): Decent conclusion to a surprisingly good mini. Looking forward to the next one.
• Logan #3 (***): An overall interesting story, but it may have worked better as a fill-in run in the main book.
• Nightwing #144 (**): I’m not sure what it is, but I’m just not as jazzed about this book as everyone else. The Talia banter was cool, but the rest of the issue was just sort of blah. If I nail it down, I may do a full review of the book next month.
• Nova #13 (***): An entire issue’s worth of lead up for a final page splash that may or may not have been worth it. I appreciate what D&A are trying to do here, but as a longtime Marvel and Silver Surfer reader, I’ve seen this type of setup many times before. I don’t want to be so harsh as to call it a rerun, but it’s damn close. I’m a jaded bastard. Next issue is sure to be an exciting read, so I’ll give the writers the benefit of the doubt for now.
• Punisher War Journal #19 (*): I don’t get how Fraction could go so wrong, so fast. The Punisher has always been a historically difficult book to write, but he seemed to have a unique handle on it… till recently. More cancellations in my future?
• X-Men: Legacy (****): This is the book continuity buffs have been waiting for! And I, for one, love it! Carey mines the X-Men’s illustrious legacy, unearthing forgotten gems. Also, Professor X as a semi-amnesiac totally works. This is the best X-Men Carey has ever written. Shit, I even like the Finch covers. He manages to allow his women to look like women!