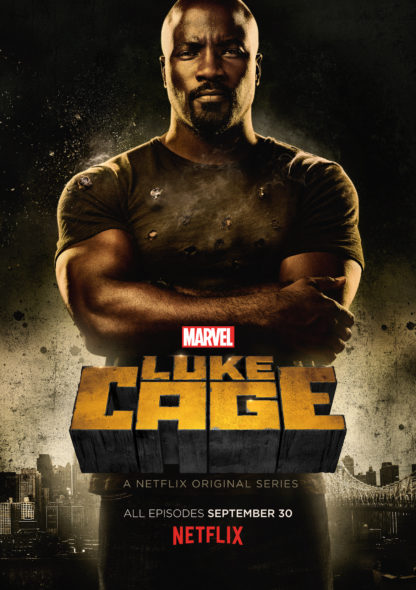 Delving into the newest Marvel show with a lack of spoilers and character knowledge!

So first, I do know a little about the character pre-Netflix Marvel shows, but just not much.  A couple Spider-Man video game cameos, and a minor appearance here and there in comics.

First about the show in general.  It simply is amazing.  Marvel Studios showed us a long time ago they figured out a great pacing for their films, and it seems Luke Cage may be the accumulation of perfection for their shows.  Daredevil s1 was good, Jessica Jones took a bit more risks that mostly paid off in it’s pacing and tone, Daredevil s2 upped the game all around, but Luke Cage just takes the cake.  The pacing, story, back story, character set up – nearly everything in this is peak form.  I’ve gotten more attached to a side character in the first couple eps of Luke Cage than I have any other Marvel show I’ve watched!

But alas, I don’t want to delve into story.  Partly for I can’t compare to the comics, and to avoid those pesky spoilers.  Now the cinemetography here is absolutely beautiful.  Colors and tones are nicely done and ranged from mostly gritty, to more bright while not too cheerful to keep with the tone, and some amazing tones of very bright yellow for some transitional shots.  Basically from start to finish it looks like a nicely done comic.

Music too is absolutely beautiful.  The way they tie in a lot of the songs into the show was extremely well done while the musical choices match the tone in beat and lyrics almost perfectly.

I only have a couple minor gripes about the show.  There was one moment where the music didn’t quite seem right for the scene, and considering how spot on it’s been otherwise it came off more noticeable as it may have otherwise.  Two scenes containing gunfire missed minor detail, but nothing really major.  Overall my biggest gripe though is I wasn’t positive for about the first half just where this show placed timeline wise with the others.