Ongoing books from a villain’s point-of-view are notoriously tricky propositions, but Cullen Bunn is off to a solid – if rougher than I’d like – start in Magneto #1.  Check out the read/RANT review today! 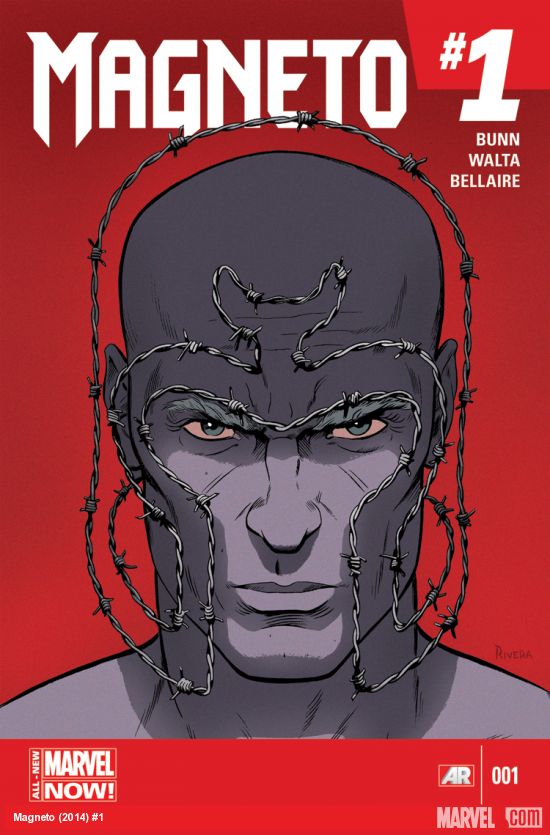 Why is it so tough to tell a book from the villain’s point of view?  I’ve written before about how the single most important aspect to set up for your character is empathy.   A lot of writers confuse that for sympathy, and those writers tend to try and ‘soften’ the villain to make them more palatable to modern audiences, taking away what is special about the character.  A lot of writers think the villain’s appeal is that he or she is ‘cool’, a bad-ass free from society’s moral constraints, which makes them impossible to relate to in any meaningful way.   Empathy is key, those big universal themes and little daily joys and frustrations.  Bunn could use a little more of that in the story, but one of the best transitions he makes is going from a discussion of Magneto’s latest killing to the titular character remarking on his ill fortunes lately and the lackluster coffee he can find on the road. 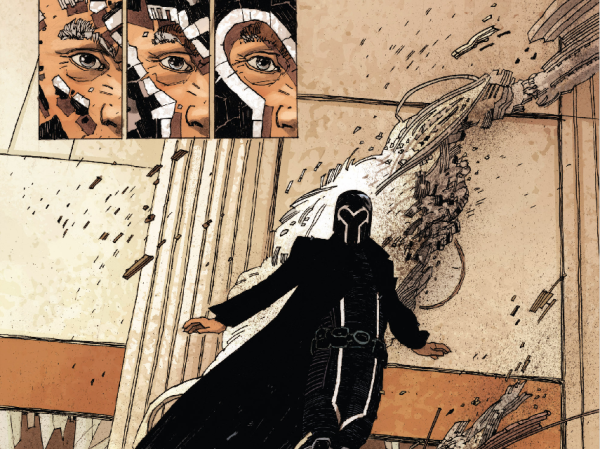 Let me lead off with the book’s greatest weapon: the art.  Gabriel Hernandez Walta and colorist-extraordinaire Jordie Bellaire give the book a striking visual palette.  While I’ve previously waxed poetic on my belief that Jordie Bellaire is one of the best colorists in the business, I was less familiar with Walta’s work – suffice to say, I will be keeping an eye out for him in the future.  An early moment of violence is somehow both strikingly gorgeous and appropriately haunting, a grimly bizarre tableau out of something like Hannibal.  Walta seems to handle dramatic reveals quite well, actually, because I was also quite enamored of the late-issue reveal of Magneto’s full costume, pulled together in the midst of battle in a stark, powerful sequence well handled by both Walta and Bellaire.

The biggest strike against the issue, by my count, are Bunn’s shockingly sloppy narrative choices.  For instance, the book opens on a terse sequence that finds a witness to one of Magneto’s attacks describing what happened, a sequence brutally punctuated by the issue’s most powerful single image.  It’s powerful.  It’s quick.  It’s effective.  And it sets a hell of a mood.  So why does Bunn, a mere four pages later, flash back to that same damn sequence and show it from Magneto’s point of view?  We don’t learn anything new.  We don’t discover anything particularly interesting.  It just takes up space and shatters forward momentum and atmosphere.

There are other small moments like that sprinkled throughout the book, including repeated callbacks using the word ‘autopilot’ that – if I’m being honest – wouldn’t be out of place in a high school level creative writing class first draft.  Which is frustrating, because Bunn gets so much right!  The opening is terse, the situation, which essentially posits Magneto as the anti-racist version of the Punisher, is a good idea that doesn’t neuter his character but still lets him root for us, and there are moments where I really felt like Cullen was approaching something new.  Magneto #1 isn’t a bad book by any means, just a sloppy, deeply frustrating one.

But I have some hope for the book.  The art, as I said above, is phenomenal, and with a little more discipline, I think Bunn might be able to do some excellent work on this title.  The art team he has in place is capable of great work, as we see in Magneto #1, and Bunn shows a surprising talent for crafting tense, talky set-pieces and using stark violence in smart ways.  If he can reign in a little of the sprawl and find more ways to make Magneto human without neutering his most interesting traits, I could easily see Magneto growing into one of the few excellent villain-centric books out there.