This week in comics, the Avengers ask the X-Men to do the lambada – the forbidden dance! – with grave consequences, Frankenstein: Agent of S.H.A.D.E. finally finds its voice and Brian Woods launches an excellent new post-apocalyptic drama with Dark Horse. 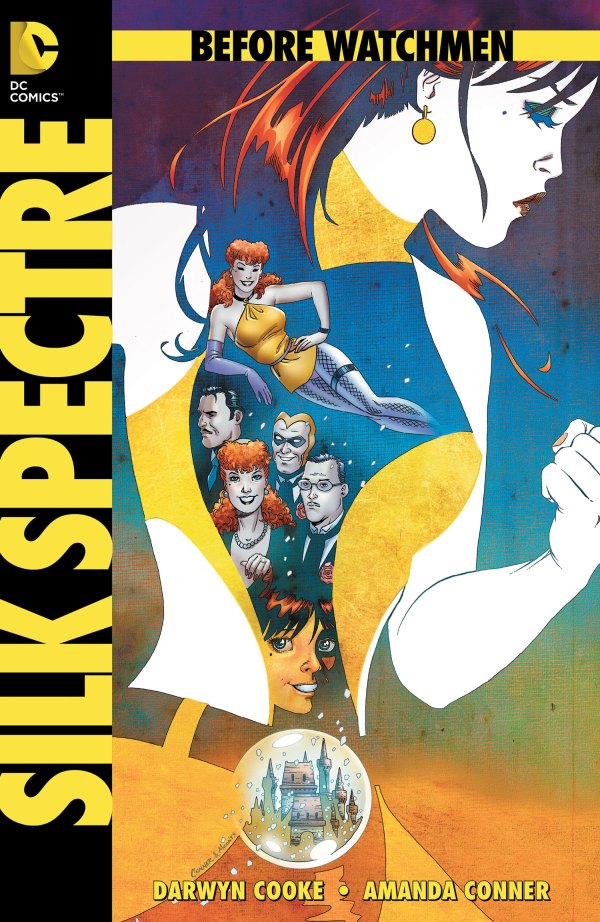 There’s just… not a lot here.  Slackly-plotted, almost nothing by way of character, even the brief action sequences are pretty relaxed.  Avengers Vs. X-Men feels more like a victory lap for the (fantastic) creators and characters than an actual event comic.  It’s not legitimately bad, because, again, these are immensely talented creators… but it’s still almost painfully bland. (C-. Marvel Comics, $3.99)

There’s a major event, near the end of this comic, that I won’t spoil here, and while the event is NOT without precedent and is in fact fairly clever in many ways, it is still a fairly radical departure from commonly-accepted Batman mythology – and I think that’s going to get a lot of the attention when it comes to people either criticizing or praising the story.  Which is too bad, because Capullo’s art is solid, Willowwood is a fantastic addition to Gotham’s tragic, horrible geography, and Snyder has managed to make a pretty damn graceful exit from the “Night of the Owls” plot.  If not for still-not-quite-there back-up, which it is now clear exists only to lend credence to the game-changing plot-twist introduced within, I’d say Snyder’s Batman was back on top.  As it is, it’s pretty damn close, though. (B. DC Comics, $3.99)

Like last week’s Before Watchmen: Minutemen, this was a seriously gorgeous issue of comics.  Unlike Minutemen, it was also an enjoyable, largely self-contained story with actual character beats, action and a plot.  Once you get past the mercenary quality of it all, the origin story Darwyn Cooke and Amanda Conner are telling here is actually very compelling.  Laurie Jupiter is a girl with a famous, overbearing mother, a great deal of athletic skill, and a chip on her should from the way she’s treated by her neighbors, when all she wants is, well, what every teenager wants.  Cooke and Conner do a great job showing us her home life, but my favorite addition – though it’s one I think a lot of Very Serious Watchmen fans will hate – is the addition of small, lovingly illustrated cartoons that help us get inside Jupiter’s head and show us how she’s feeling.  This is a title to keep an eye out for.   (A-. DC Comics, $3.99)

I have a lot of residual fondness for the Thunderbolts – I think Ellis’ take on the team was one of the only books that made sense of the Super-Hero Registration Act mess – and Parker has done a lot of fun work.  That’s really the only reason I checked out the newest issue of Dark Avengers, which suggested itself as a good jumping on point.  I’m not sure that was entirely accurate, though.  Parker does a good job reminding everyone about the ongoing conflicts and introducing characters (although, Toxie Doxie? Ugh. Wow, that’s a new low, naming-wise), but this is a book VERY much mired in those ongoing conflicts.  It may not be a bad place to jump on, but all of the twists and conflicts were predicated on a familiarity with these characters and their history together; new readers may not find much to cling to, here. (B. Marvel Comics, $2.99)

It’s official: Demon Knights is on a roll.  Good character interaction, a solid beginning to their quest, Seven Soldiers references and Vandal Savage just generally being awesome, Demon Knights has it all.  The art team has a couple small missteps – the extremely pink mist on the final page dulls the sting of the reveal, and one action sequence borders on some pretty cliche visuals – but, in general, keep the book lively and visually arresting, and they do a great job on most of the individual characters.  The book took a huge leap forward a few months ago and it hasn’t looked back yet – this could easily become one of the premiere fantasy titles on the shelves right now, if it can reclaim some of its lapsed readers and keep up the fun, inventive pace.  (A-. DC Comics, $2.99)

This was, no foolsies, probably the best issue of the notoriously troubled Frankenstein: Agent of S.H.A.D.E. thus far, combining the rampant, delirious pulp madness of Lemire’s best moments with more grounded, coherent plotting.  So, kudos to new series writer Matt Kindt, who takes the Creature Commandos to Untropolis to investigate a mole within S.H.A.D.E. – a mole who has it out for Frankenstein.  The creature and city design make good use of Ponticelli’s gritty, cartoonish art style, and Kindt’s universe-hopping story is smartly grounded in basic spy-fiction tropes.  Here’s to hoping he can keep it up, because this feels like a title that is finally figuring itself out. (A-. DC Comics, $2.99)

Brian Wood, Kristian Donaldson and Dave Stewart bring us The Massive, a post-apocalyptic comic that feels legitimately fresh – and pleasantly unpredictable.  The opening issue is hurt by some rampant exposition, but that’s only a very mild complaint, and one that I think is unavoidable for this kind of book.  The most important thing is this: Wood has created an interesting cast and grounded his exploration of the post-apocalyptic world in a familiar framework, and Kristian Donaldson and Dave Stewart prove to be an able (if unspectacular… so far) team to illustrate. Fresh, relaxed and suitably barren, Wood stands to have something really solid  (A-. Dark Horse Comics, #3.50)

Frazer Irving’s stylish, gorgeously-colored art breathes life into what would otherwise be a fairly plain script.  Not a bad one, not by any means – as The Shade draws to a close, Robinson begins seriously pulling his strings together with this issue – but, under many artists, a visually uninspiring one.  Irving and Robinson make a fantastic team here, and while I’m not 100% sold on some of the plot decisions he makes here (yet), like the return of a trio of ancient Egyptian gods and a hilariously bland (it’s a running joke for the Shade in the issue) cabal, I have to admit: as set-up goes, this was pretty killer. (A-. DC Comics, $2.99)

I’m on the record as being a big fan of Bendis’ take on Ultimate Spider-Man, and while I’m not really on the record as such, please allow me to go on the record as someone who has really not enjoyed most of the Brand New Day era Spider-Man stories, which have tried too hard to do too little.  But, thankfully, Bendis is very nearly as good at writing the 616 Spider-Man as he is with the Ultimate variety – though Spider-Men #1 does nothing but get Parker to the Ultimate universe, it does it in style.  There are a few clunky bits of monologue in Spider-Man’s running, and the plotting is predictably lax in this issue, but I can’t deny that I’m excited to have Bendis oversee Miles and Peter’s first meeting – and I’m thrilled to have an artist as gifted as Pichelli illustrating it.  But, judging by this first issue, fans who don’t have the patience for Bendis’ relaxed storytelling and structure would do well to wait for the trade. (B+. Marvel Comics, $3.99)