Yesterday, All-Star Superman – otherwise known as Grant Morrison’s ASS – came to an end, finally.  With the stated objective of telling the definitive Superman story, Morrison and artist Frank Quitely set a rather high bar for themselves, setting up against such classics as Alan Moore’s Whatever Happened to the Man of Tomorrow? and Alan Moore’s For the Man Who Has Everything and…uhhh…just, really, Alan Moore.  With the last issue on the stands, we can finally look back at the series and ask: Did All-Star Superman make a mistake by setting the bar so high?

Morrison and Quitely made sure to touch on as many aspects of the Superman mythos as humanly possible in a twelve issue series, with an issue featuring Lex Luthor, an issue about Jimmy Olson, a trip to the Bizarro Cubed Earth, and more.  Many comic fans who aren’t reading the series have derided All-Star Superman as a Silver Age throwback, completely missing the point – to provide a continuity-free retrospective on the history of Superman, be it Golden, Silver, or Modern.

The book isn’t flawless, of course.  The Bizarro two-parter can drag on, which is a shame given that it’s the only two-parter in the series, the rest of the book composed of a series of one-shots tied together by the central conceit of ‘How would Superman react if he knew he was going to die soon?’  But, beyond that, the book hits a variety of emotional highs and lows, has insane, epic action, and just in general manages to succeed.

It isn’t flawless, but looking back on the series as a whole, this is the only mainstream comic work that I imagine stands a chance of being mentioned in the same breath, 10 years from now, as Watchmen or The Sandman. 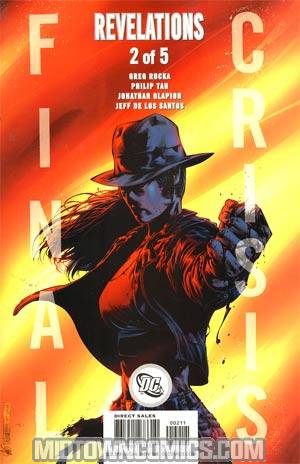 Final Crisis: Revelations is a great many things.  It’s spiritual sequel to both Infinite Crisis and 52.  A direct sequel to The Five Books of Blood.  A tie-in to Final Crisis.  Under a lesser writer than Rucka, this might be too much material to work into a 5-issue series, but it does well.

This issue is the first that feels like a ‘traditional’ tie-in, in the sense that it takes a standard character – The Question – and uses the current event to shake up that character’s status quo, introduce a new enemy based on the major event, etc….  The issue feels very traditional in many ways, but it’s still good.  The long-needed introduction of an element of balance to the Spectre occurs, a major reveal regarding one of DC’s older villains, and a reunion of sorts between Cris and Renee in their new roles all keep the action rolling, but it’s the emotional core of the issue that makes it great.  This is Rucka revisiting his old toybox, and it seems like he’s having a good time doing so.

The revelations of this issue all felt natural and needed, the action was engaging, and emotions ran high.  All around solid, but nothing spectacular.  A competent tie-in, and a strong issue on its own.

Everyone’s already said most of what needs to be said, but Simone really nailed it, here.  The twisted humor and uncomfortable camaraderie of the Six are perfect, and the new villain is intriguing.  All-in-all, a solid start to this new series.  Hopefully, it’ll be around for a good little while. 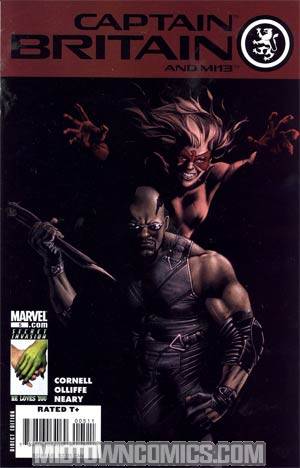 For anyone wondering if the quality of Captain Britain would keep up once the Secret Invasion tie-in ended, the short answer is: “Hell Yes.”  Cornell and crew are now using the book to look at a variety of British heroes, so this issue sees cameos from more than one, of all calibers – from nobodies like Captain Midlands to bigger characters some people might not know were British, like Blade.  The issue is fun and engaging, but it’s still set-up, and it leaves off with a frankly ridiculous cliffhanger.