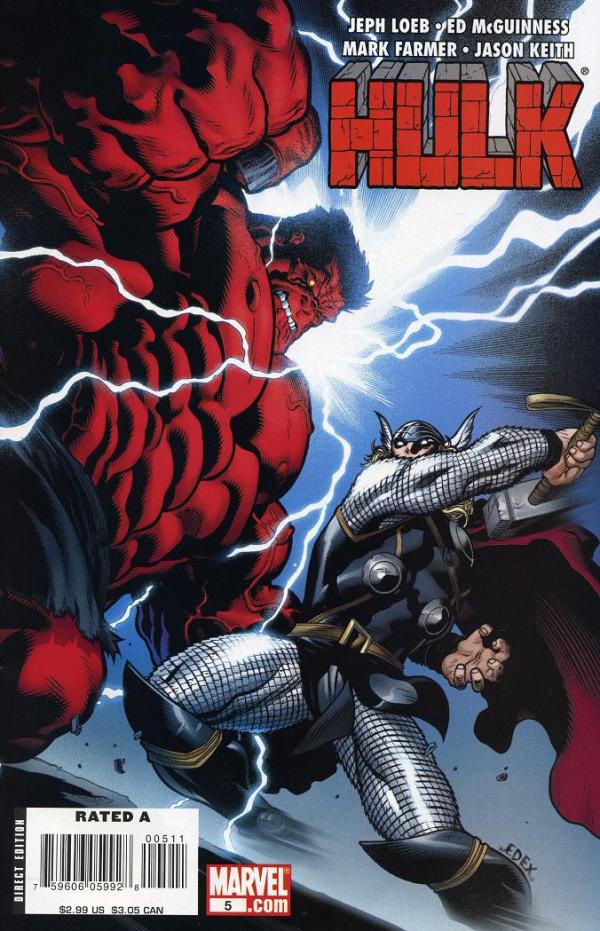 Sooooo, Hulk #5… let me first point out that when I’m wrong, I’m more than man enough to admit it, but this is not one of those times. The current Hulk series is still incredibly entertaining and magnificently drawn. These opening panels were cheesy fun, and fit well with the established tone of the series. I also loved the panel where Hulk kicks the helmet off Thor’s head. All said, the series has been great stuff so far.

The following RANT will have nothing to do with story direction or tone, and will not contain complaints about Jeph Loeb’s quote unquote talent. What I want to discuss is simple: LOGIC. 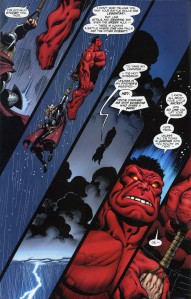 Does the idea introduced here by Mr. Loeb make sense to anyone? How about this one? 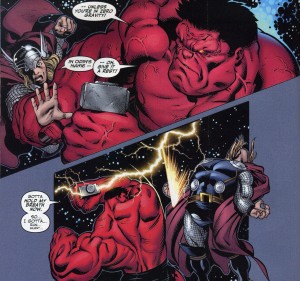 Pulling and Zero gravity? Do we buy this? C’mon! WHAT THE ####, MAN!?! This is some of the most asinine stuff I’ve ever read. Everybody knows how Thor’s hammer works, and BROTHER, it does not work like that! Pulling something, for all intents, is the same as picking it up. And the space thing? NO ####ING WAY. It’s a magic hammer, Loeb, it doesn’t follow the laws of physics!!! If the enchantment says that “none but those that are worthy may lift this hammer”, than that’s exactly what it means. No pulling! No Zero-G! And definitely no swinging it over your head and propelling yourself through space!!! 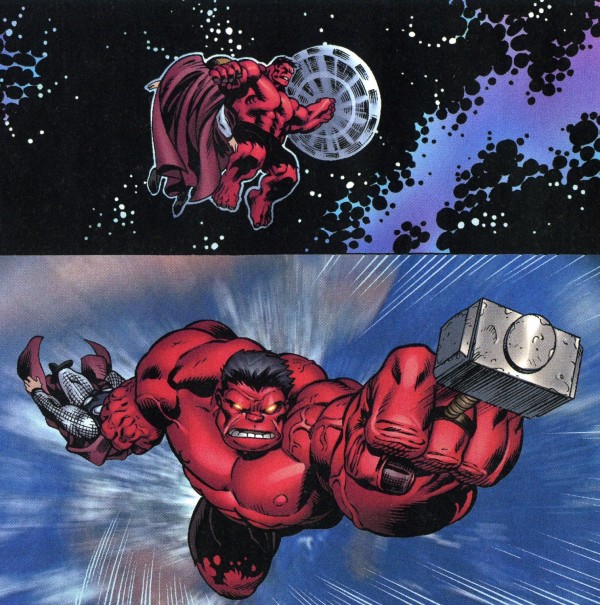 I can understand Loeb trying to be clever. That’s fine. It shows initiative. It shows that despite popular opinion, Loeb actually cares enough about this book to get creative. I like where his head’s at. But, #### dude, this was a dumb shit of an idea. Where was the editor on this one?

I lied, I do have a nit to pick (obviously, I don’t consider logic to be a nitpick). It’s dialogue related:

Thor refers to his hammer as “My Mjolnir”, and the problem with that is that Thor would never use the possessive. He would just say “Mjolnir” because there’s only one! It’s not a collectable with an edition size! They made one, and it belongs to Thor. The corrected word balloon should read: “What kind of beast are you that you do not fall before Mjolnir.”

Again, besides all that, I’m still loving this book. “Suck it”, haters!