Welcome to another installment of Billy & Mandy’s weekly series review of Planetary, the best book you’ve never read about the super hero genre! We’ll be reviewing each and every issue, beginning with #1 and plowing all the way through to #27, whenever the hell that bastard ships. If you’re just joining us, it’s not too late to get on the ground floor. You can find the previous installment here.

EDITOR’S NOTE: Unfortunately, Mandy couldn’t be with us today. She decided to be self-involved all last week with school, work, lame TV shows, boys… but, that doesn’t mean I’ll be flying solo. Joining me for this week’s episode is the fabulously fantastical MANDEE-BOT 2800. What the hell is a MANDEE-BOT 2800? The latest in science fiction made fact, is what the hell it is! 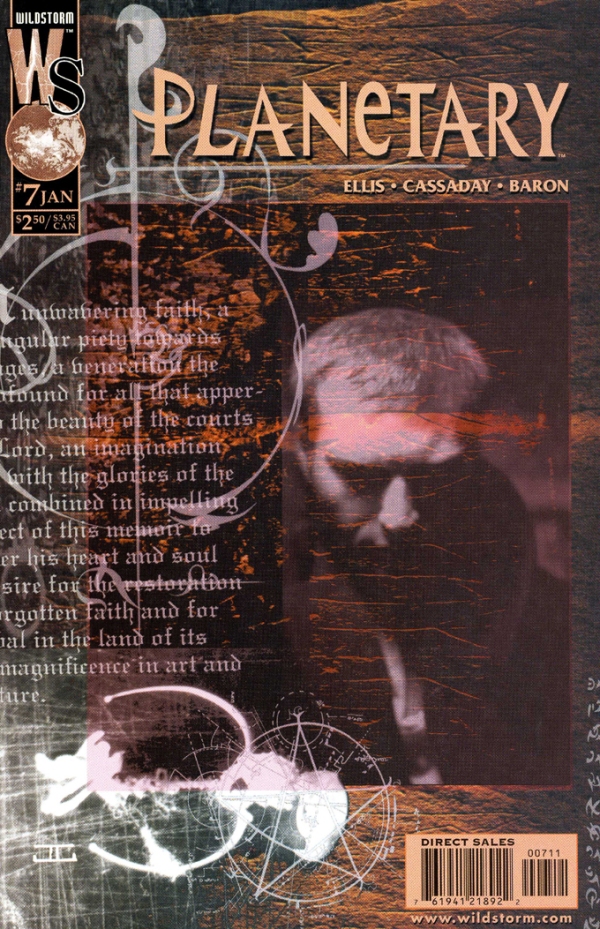 MANDEE-BOT 2800: EVERYTHING HAPPENS FOR A REASON.

Billy: Want to do a quick recap of this week’s issue for the audience?

Billy: Riiiight… okay, I guess it’s up to me. 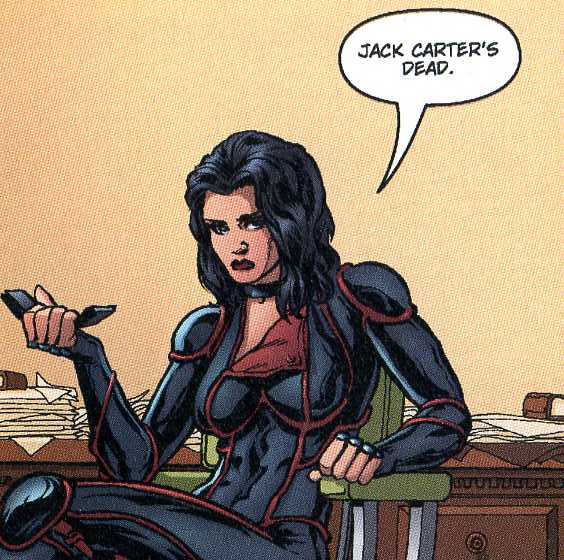 Billy: This issue opens with a dreadful phone call. Jack Carter is dead. Jakita is sad. But, why?

Billy: Yeah… Jakita convinces the crew to head off to London for her old boyfriend Jack Carter’s funeral.

Billy: But still, who is Jack Carter?

Billy: I love how homeless Death and her brother look.

MANDEE-BOT 2800: IT’S WHERE ALL THE BEAUTIFUL PEOPLE LIVE. 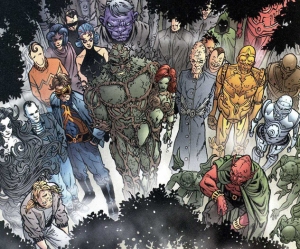 Billy: If you hadn’t quite figure it out by the cover, this issue of Planetary concerns itself with the long and muddled publishing history of a well-known DC imprint: Vertigo.

MANDEE-BOT 2800: WHAT IS IT ABOUT DANGEROUS WOMEN?

Billy: I don’t know, I wasn’t in England during her “reign”, but from what I’ve studied, this sounds about right? What do you think MB?

MANDEE-BOT 2800: IN EVERY GENERATION, THERE IS A CHOSEN ONE. SHE ALONE SHALL STAND AGAINST THE VAMPIRES, DEMONS, AND FORCES OF DARKNESS.

Billy: Meh, I don’t think Planetary looks silly yet, and it’s been more than 10 years since the first issue. Not to say Ellis isn’t right. Some of the Vertigo concepts are pretty lame by today’s standards, but in this issue for instance, I think some of that is exacerbated by Cassaday’s purposely silly take on these characters.

MANDEE-BOT 2800: A LOOK AT FIVE FAMILIES LIVING IN A PROTECTED SOUTHERN CALIFORNIA ENCLAVE, AND THE REAL-LIFE HOUSEWIVES WHO RESIDE IN ONE OF THE WEALTHIEST PLANNED COMMUNITIES IN THE COUNTRY.

Billy: Well, not to be totally derisive, Ellis has Jakita come to their rescue. She says, “England was a scary place. No wonder it produced a scary culture.” Fair. Kind of like the US today… oh, politics! Really though, I feel like you kind of can’t even talk about Planetary without talking about politics—

Billy: Right! Anyway, next, Jakita tells us one of her creepiest stories about Jack Carter from the 80’s. About a time Jack saw a man that wasn’t there…

Billy: So, Jack strikes up a conversation with the “spook” and discovers that he’s no ghost at all. The invisible man explains that he’s this year’s metaphorical “Herod”, the guy from the bible that ordered all the babies killed in an attempt to kill Jesus. Herod tells Jack he’s off to kill some unborn that might be the second coming. Anyway, Jack’s heard enough. 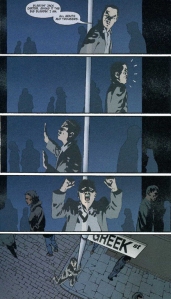 MANDEE-BOT 2800: THE TRUTH WILL BE REVEALED.

Billy: MB, is there something wrong with your speech transcription software?

MANDEE-BOT 2800: THEY’RE NOT THE SURVIVORS THEY THINK THEY ARE.

Billy: Jakita, Snow and Drummer want to check out where Carter died… and lo and behold, Drummer smells the magic! The cheat codes for the world! I like that metaphor.

Billy: Drummer hacks the world and they discover that Jack Carter has faked his own death. That bastard! But who “fake” killed him?

Billy: Shit is getting way to meta right here! Self-reflexive reflections doubling back on themselves! My brain asplode! Like this guy’s guts…

MANDEE-BOT 2800: WHERE NOTHING EVER CHANGED UNTIL ONE OUTSIDER CHANGED EVERYTHING.

Billy: Don’t be. Jack Carter faked his death in order to go underground. Okay, you can be confused now. Wait, I’ll let “Jack” explain it himself: 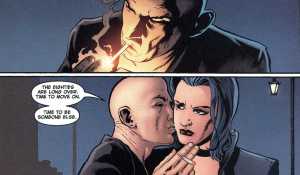 Billy: Wow, way to rewrite continuity. See, I liked how this issue started out as a comment on pop culture from the 80’s to the 90’s… but I hate how it ended. Ellis, you self-serving bastard. Although the writing is superb, it’s probably my least favorite of any issue in this series. So, in the Planetary corner of the Multiverse, John Constantine and Spider Jerusalem are the same person. I guess that works for John as it only adds to his coolness, unfortunately, it has the exact opposite affect on Spider. UGH. What did you think MB? 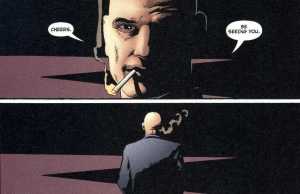 Join us next Monday when Ellis and Cassaday take us on a trip through the seedy underbelly of the Cold War. If you haven’t read Planetary, you can pick up the trades at your local shop or order them online from Amazon.com at the following link:

One thought on “Series Review: Planetary #7”