Rating System: In Honor of Harrison Ford and His Most Famous Role 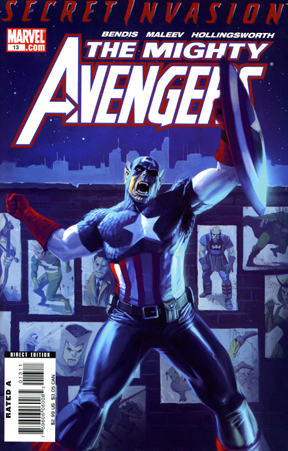 SECRET INVASION TIE-IN! Better than Secret Invasion… but we all knew that, right? 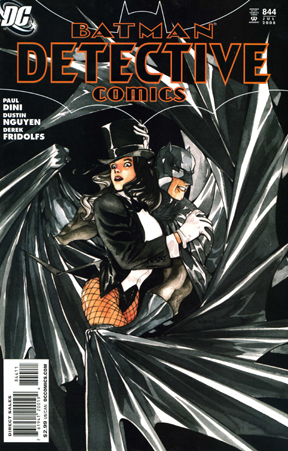 The origin story for the new Scarface was sort of interesting, but I don’t see us going anywhere exciting from here. Now, the resolution to the steamy Bruce/Zatanna subplot… LAME! Bruce Wayne is the dumbest man alive. How do you turn this down? And yet he does. Alas, there is hope… Zatanna leaves the door open! 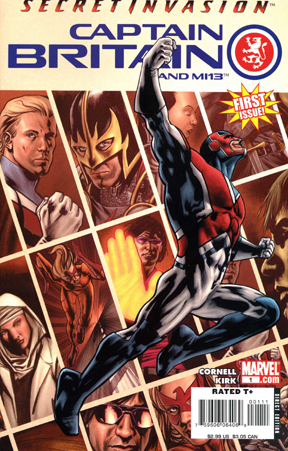 SECRET INVASION TIE-IN! Again, better than Secret Invasion. Oh my gosh, actual Skrulls fighting actual super heroes in the actual opens? Fortunately, the tone of this book feels nothing like the first two issues of SI, it feels like something way more awesome! John Lennon Skrull? Heh. Black Knight returns! Captain Britain written not to suck! My only complaint is the way in which Wisdom was handled. Wooden would be the way to describe it. But, if the teaser for next issue is any indication, that shouldn’t be a problem for much longer. 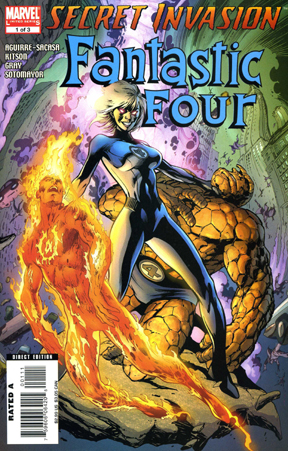 SECRET INVASION TIE-IN! And again better than Secret Invasion. Could it be? For the first time the tie-ins surpass the main event in overall quality? This is crazy! I mean, you guys all remember those crappy House of M minis, yes? I expected the same level of mediocrity from MI13 and FF (and yet I still ordered them), but the first issues have been shockingly fun and good. Oh hey, we’re in the Negative Zone. I don’t understand how anyone can be happy with the second issue of SI after reading MI13 and FF. It’s not even close. Anyway, I loved this exchange between Sue and Johnny. Oh, no, I mean Johnny and… Lyja!!! Oh, and Barry Kitson was pretty good too. 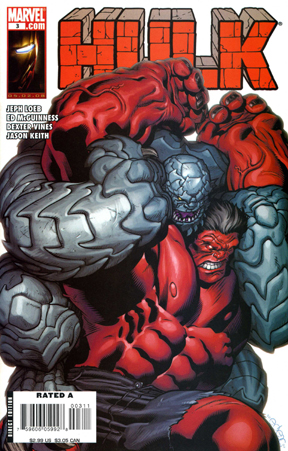 WOW. How I’ve missed you Ed McGuiness!!! Jeph Loeb is still horrible, but there’s barely any dialogue in this one so there’s thankfully little to complain about. BUT THE ART! Yeah, it’s basically one long fight scene, and you can call me a hypocrite for liking it, but it’s been so long since we’ve gotten some good old McGuiness, I can’t help myself. Shit, that was a lot of commas. Hey Steve, I’m curious now, what did you hate so much about this book? Sure, Rick calling himself “A-Bomb” is pretty terrible, but the Harpies were awesome! Heh. And Hulk busting out by the end of the 3rd issue made me a very happy man. The worst thing about the end of WWH was the fact that Hulk’s epic character arc was put on indefinite hiatus. Sure we got all those Aftersmash books from Marvel, but none of them dealt with the Hulk’s POV. Anyway, I’m really interested to hear your extended review.

Quick Hits:
• Action Comics Annual #11 (****): Although it was a great read, I can’t in good conscience give this book the full five stars.
• Angel: After the Fall #7 (***): Um, I liked this issue. The art was tons better and the Wesley and Connor stories were more interesting than anything that’s been in the book up to this point. Second thoughts about canceling?
• Avengers/Invaders #1 (**): This was kind of a letdown. For a Marvel book, the art was just off. The Bucky journal stuff in the beginning just didn’t sound like Bucky, or to be fair, Ed Brubaker’s version of Bucky. I’ll keep getting it, mostly because I want to see how all the modern heroes react to a resurrected Captain America, but I’ve adjusted my expectations for this series accordingly.
• Batman #676 (**): More letdowns. I’ve read some comments online that have said that this is the scariest interpretation of the Joker ever. I disagree. Also, am I the only one that hates Tony Daniel?
• The Walking Dead #49 (*): UGH. Bored now?
• Wolverine #65 (*): The conclusion of “Get Mystique”. Aaron treated us to a nifty naked fight between Mystique and Wolverine… meh. And then, as expected, Logan doesn’t kill Raven. So, what was the point of this much hyped story?
• Young X-Men #2 (-): Cancelled.