5 Stars: WARNING: Dawn of the Dead (Original)
4 Stars: Shaun of the Dead
3 Stars: 28 Days Later
2 Stars: Return of the Living Dead
1 Star: House of the Dead 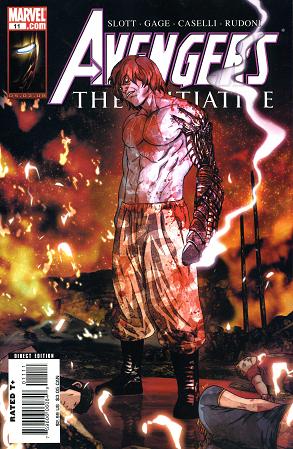 Finally, the KIA arc comes to a close. The best part of this issue was seeing Slapstick “demolecularized” or whatever. YAUS! Oh man, and then War Machine Hulks-out… only to get his ass kicked almost immediately after, and unfortunately, off-panel. This was a huge mistake, I think. Like, who didn’t want to see War Machine throw down with KIA? It could have been an epic fight, spanning half the issue. Instead, we get Iron Man and the Mighty Avengers to the rescue. Seriously, WTF was Slott thinking? Why even have War Machine in this book if he never does anything cool? When I saw that panel of him transforming, I thought to myself, “This is it… this is the big payoff!” and then nothing. So, STUPID! Also, thank God KIA died in the end. He was a stupid villain. Oh wait… GAH! 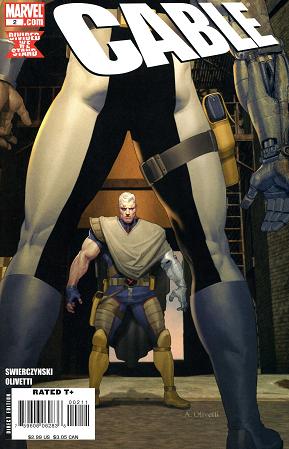 In this issue of Cable… in lieu of actually moving the story forward, the writer decides to go back in time and explain to us how it is that Bishop located Cable. But why? Don’t get me wrong, it was really interesting and clever. Kudos, Mr. Swierczynski for being so smart… but it was still just another example of writer masturbation. C’mon, you know I’m right. We could lose that entire sequence and still be fine going forward from there. I hope we don’t see more of this crap in the future (get it? GET IT!). Oh, I need a small clarification from the people at home: since when has Bishop been able to throw massive inanimate objects with his powers? Cause and effect. Is this something new? Is it just bad story-telling? 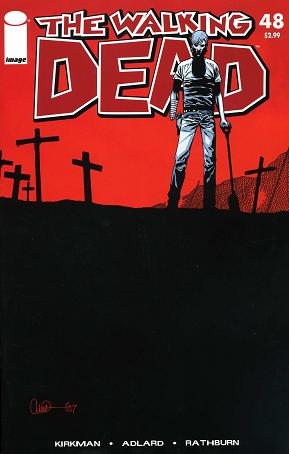 Okay, finally… PEOPLE DIE! LOADS OF PEOPLE!!! This chick! And then this guy! This random dude! And the doctor lady! OMG… LORI and the BABY!!! Hershel! WOW, everyone I hated is dead except the Governor… BOOM!!! This is the single greatest issue of Walking Dead ever. EVER! And I love the final page. Priceless. New and exciting times folks! Hope this means we’ll finally be getting fresh and interesting stories. One can dream. 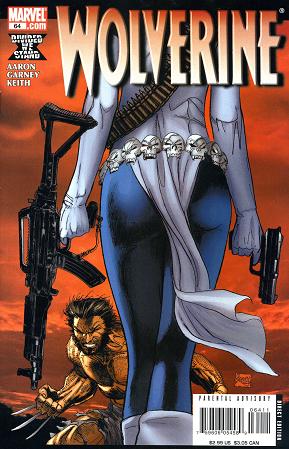 The exciting “Get Mystique” continues… first, in order to sneak into the “Green Zone”, Wolverine blows himself up. How many times is this in the last couple of years? I thought he couldn’t survive this kind of shit anymore? Didn’t they do a whole arc about this? De-powering him? HUH?!? (Man, I complain too much.) Anyways, he somehow manages to find the room Mystique is hiding in and confronts her… butt naked and charbroiled. Pay attention, in this episode, exposure is a theme. After putting up a half-assed fight, she escapes into the desert. The final few pages setup next issue’s grand finale. Apparently, Mystique’s big plan is a truck full of weapons and nudity. Hmm, could work.

Quick Hits:
• Captain Marvel #5 (**): This was hugely disappointing… more questions, less answers. Why did I even read this? So he turns out to be a Skrull after all? And he’s gonna be a good guy? So who the hell was that that attacked Thunderbolts Mountain in Secret Invasion #1?
• Nova #12 (***1/2): This epic tale of fail finally wraps with the final part containing more excitement than all other parts combined. I love Nova, I love what they’ve done with “Cosmic” Marvel, but this story arc was a serious misstep. Please, bring on Galactus!!!
• Supergirl (-): YAUS!!! The final issue… that I’ll be paying for. “I’m gonna cure cancer!” Shut up, Stupidgirl.
• WWH Aftersmash: Warbound #5 (*): This series started at a solid 4 stars, and never recovered. This could have been awesome. I feel like this mini is filled with leftover ideas from some 80’s run on Incredible Hulk. Like, Mark Paniccia found this lost folder filled with unused and stupid ideas and he was like, “I gotta overnight this to Greg Pak, he’s a Hulk genius! He’ll know what to do with it!”
• Young Avengers Presents: Wiccan & Speed #3 (*): So, unlike the other issues in this mini, this issue feels it can get away with containing zero plot development. Hmm. Interesting choice.